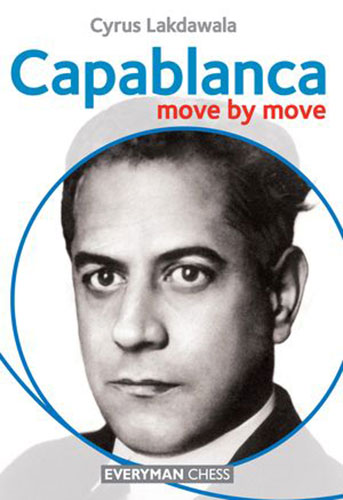 SKU:
€23.00
€23.00
Niet beschikbaar
per artikel
Aan winkelwagen toevoegen
José Raúl Capablanca was a chess legend, world champion and quite simply one of the greatest players in the history of the game. His achievements and seemingly effortless style of play won many admirers, and his legacy includes a treasure of instructive games. Studying Capablanca's play is a must for any aspiring chess player. For Cyrus Lakdawala, it was a key factor in his chess development and improvement, and in this book he revisits many of his favourite Capablanca games. Lakdawala examines Capablanca's skills in the key areas of attack, defence, counter-attack, exploiting imbalances, accumulating advantages and, of course, his legendary endgame play.
Move by Move provides an ideal platform to study chess. By continually challenging the reader to answer probing questions throughout the book, the Move by Move format greatly encourages the learning and practising of vital skills just as much as the traditional assimilation of knowledge. Carefully selected questions and answers are designed to keep you actively involved and allow you to monitor your progress as you learn. This is an excellent way to improve your chess skills and knowledge.


Cyrus Lakdawala is an International Master, a former National Open and American Open Champion, and a six-time State Champion. He has been teaching chess for over 30 years, and coaches some of the top junior players in the US .