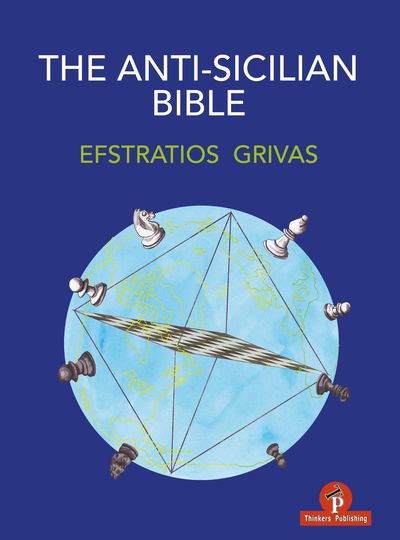 The Sicilian Defense is an opening that commences with the moves 1.e4 c5.

The Sicilian Defense is the most popular and best-scoring response to White's first move 1.e4. Por example, 1.d4 is a statistically more successful opening for White because of the high success rate of the Sicilian Defense against 1.e4.

Grandmaster John Nunn attributes the Sicilian Defense's popularity to its combative nature; in many lines Black is playing not just for equality, but for the advantage.

The drawback is that White often obtains an early initiative, so Black has to take care not to fall victim to a quick attack. Grandmaster Jonathan Rowson considered why the Sicilian Defense is the most successful response to 1.e4, even though 1. c5 develops no pieces and the pawn on c5 controls only d4 and b4. Rowson writes: "To my mind there is quite a straightforward ex­planation. In order to profit from the initiative granted by the first move, White has to make use of his opportunity to do something before Black has an equal number of opportunities of his own. However, to do this, he has to make 'contact' with the black position. The first point of contact usually comes in the form of a pawn exchange, which leads to the opening of the position. So the thought behind 1.. c5 is this:
OK, I'll let you open the position, and develop your pieces aggressively, but at a price - you have to give me one of your center pawns' ". (Jonathan Rowson, Chess for Zebras: Thinking Differently About Black and White.)

By advancing the c-pawn two squares, Black asserts control over the d4-square and begins the fight for the center of the board. The move resembles 1.. e5, the next most common response to 1.e4 in that respect. Unlike 1.. c5, however, 1.. c5 breaks the symmetry of the position, which strongly influences both players' future actions.

White, having pushed a kingside pawn, tends to hold the initiative on that side of the board. However, 1. c5 does little for Black's development, unlike moves such as 1.. e5, 1.. g6, or 1.. Nc6, which either develop a minor piece or prepare to do so.
In many variations of the Sicilian Defense, Black makes a number of further pawn moves in the opening (for example, ... d6, ... e6, ... a6, and ... b6).Consequently, White often obtains a substantial lead in development and dangerous attacking chances.
Meanwhile, advancing a queenside pawn has given Black a spatial advantage there and provides a basis for future operations on that flank.
​
Often, Black's c5-pawn is traded for White's d4-pawn in the early stages of the game, granting Black a centra! pawn majority. The pawn trade also opens the c-file for Black, who can place a rook or queen on that file to support the queenside counterplay.