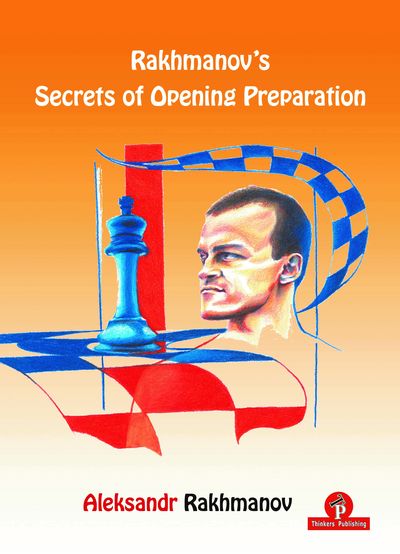 SKU:
€33.00
€33.00
Niet beschikbaar
per artikel
Aan winkelwagen toevoegen
I decided to write about something that I would be interested to learn myself. In this book
​ ​
Aleksandr Rakhmanov was born on 28 August 1989 in Cherepovets, Russia, and started to play chess at the age of seven.
He became an IM in 2006, a GM in 2007 and a FIDE trainer in 2020.
His current rating is 2651. His peak ratings are 2676 (classical), 2721 (rapid) and 2704 (blitz).
In 2007 he won a hat-trick of bronze medals at the Russian, European and World U-18 championships. In 2017 he took 21st place in the World Rapid Championship in Riyadh and in 2019 won gold medal on 3rd board in the European Club Cup in Montenegro, took 18th place in the FIDE Grand Swiss, probably the strongest chess open ever, and participated in the World Cup.
As a chess tourist Aleksandr likes to travel, has visited about fifty countries around the world and has won many international tournaments.