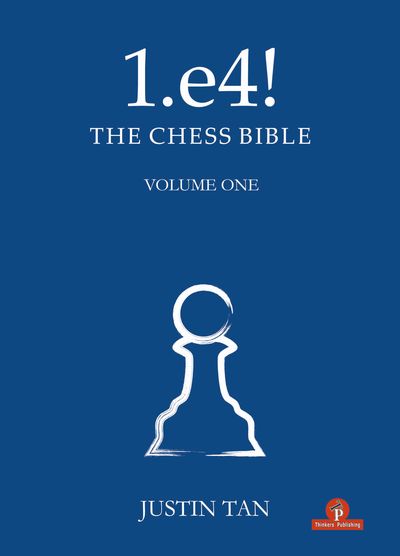 SKU:
€33.00
€33.00
Niet beschikbaar
per artikel
Aan winkelwagen toevoegen
"A Complete Repertoire for White, A fully theoretically updated new work, 3 Volumes in total for 2021."
If there is one characteristic that binds all great modern chess players, it is their burning desire to discover the truth. Needless to say, all such players analyse their own games (or other games for that matter) with tremendous rigour and pinpoint precision. Objective analysis is fundamental for the development, not only of the player, but also of theory more generally.

Yet, for most of us, ‘the truth’ isn’t necessarily the most important thing in chess praxis: what is important is simply that we defeat our opponents! The beauty of chess lies in the reality that we are imperfect beings striving to play the perfect game.
An awareness of our human imperfection - your opponent’s innate fallibility, as well as your own – is a crucial factor in modern chess preparation. When choosing which line to employ, a strong practical player considers their opponent’s strengths and weaknesses, preferences and aversions, biases and so on, all the while asking, “who has the easier position?” These psychological factors, which we have known from as early as Lasker, are inseparable from the game of chess.

This book aims to marry the two necessary aspects of objectivity and practical play into a workable and durable repertoire. It strives for the truth while seeking to exploit the limitations of human nature. I hope my recommendations are comprehensible to the reader, while at the same time, I have chosen lines which I believe are most challenging for the human opponent.

Why 1.e4?
I have chosen 1.e4 for various reasons. First and foremost, it is the move I have played for the entirety of my chess-playing life. In the database, I have recorded approximately 400 white games, of which 350 began with 1.e4! I have also heavily researched the openings covered in this volume, through my column “1.e4” for ChessPublishing (some of the material in this book expands upon existing analysis from that column).

Secondly, I believe that Black has a wider margin of error in the closed games than in the open games. Even if they do not know all the details of a certain line in the former case, they will end up with only a slight disadvantage in the majority of cases. The same cannot be said about the defences to 1.e4. In this book, you will find that Black must tread carefully if they play an offbeat system, as I have discovered several refutations to the most popular and widely accepted lines within them.

ll Men Are Created Equal
Even though this is a White repertoire, I believe it is important to note from the outset that Black does not need to achieve equality – they were ‘born’ equal! The traditional assumption that White is better by virtue of having the first move is slowly but surely subsiding.  There is now a realisation that, in fact, there are several viable ways for Black to maintain the balance and it is just a matter of deciding which one is more playable in practice.
From White’s perspective, this does not mean you shouldn’t try. The point of my repertoire is to demonstrate that Black must be accurate if they seek to prove equality after 1.e4, and while the defences in this volume might be plausible, they tend to be difficult for Black to play against. This equates to a tangible practical advantage for the first player.

Methodology
For every opening, I have adopted the same method of research. Firstly, I undertake a detailed examination of human games, alongside correspondence/email games, with particular regard to the highest percentage of White wins and the number of games played. The human games allowed me to gain a natural feeling for the practical elements of the opening in question, while the correspondence games (essentially human-assisted engine games) covered the necessary element of objectivity.
The next stage consisted of my own engine analysis, using the Chessbase Engine Cloud to examine critical but unexplored positions.
Regarding neural networks, I should make a cautionary remark: while it is clear that Leela Zero (Lc0) and other AIs are revolutionising chess, the versions available to us are still relatively basic, and Lc0 – according to the Top Chess Engine Championships – is currently weaker than Stockfish (SF). Alas, she is still in her infancy! My  analysis therefore uses both Cloud SF (CPU: 96) and Cloud Lc0 (v.26.0, RTX 2080). My evaluations approximate between the two engines’ evaluations, although I sometimes find it more helpful to conclude that White has an attack, initiative or other advantage.
Finally, I engage as critically as possible with the existing literature, as I hope others will do with my work in the future.

Structure
At the beginning of every chapter is an overview of the opening, which serves to give the reader some basic foundations and highlights the general concepts, extracted from the analysis section. If the reader is in need of a brief summary of a particular opening , I suggest you focus on the overviews.

The analysis section contains the main body of work. The reader is not expected to memorise everything by heart; in fact, that is probably not a productive exercise . When going through a variation, it is best to stop at a point you think is appropriate, and that should always be the point at which you find that you have fully understood the position.
​
Each sub-chapter ends with a model game, which gives the reader a simplified picture of the variation at hand. Similar to the overview chapter, this section is largely illustrative.