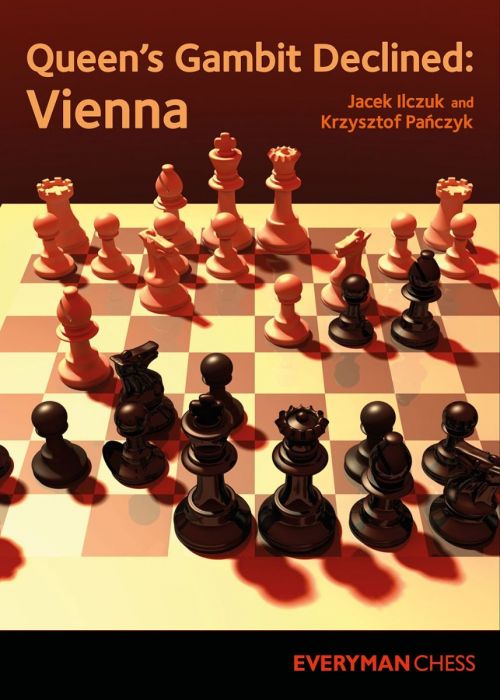 SKU:
€24.00
€24.00
Niet beschikbaar
per artikel
Aan winkelwagen toevoegen
The Vienna variation of the Queen’s Gambit Declined is a complex and fascinating system arising after 1.d4 d5 2.c4 e6 3.Nc3 Nf6 4.Nf3 Bb4 5.Bg5 dxc4.
​
This counterattacking weapon has become increasingly popular over the last decade and is frequently seen in games played at the highest level. Many games featuring elite players such as Garry Kasparov, Magnus Carlsen, Vladimir Kramnik, Viswanathan Anand and Lev Aronian have started out in this variation.

In this QGD/Nimzo-Indian hybrid play can become extremely sharp very quickly and an in-depth knowledge of the theory is essential. Black will often grab material, but will suffer from a lack of development and an exposed king. This variation will suit well-prepared players who have good tactical awareness and relish hand-to-hand combat.

Krzysztof Panczyk is a leading chess theoretician, well known for the depth and thoroughness of his analysis. He is an international master and has been awarded a medal for outstanding services to chess by the Polish Chess Union. His collaborator, Jacek Ilczuk is a senior international champion in correspondence chess.
​