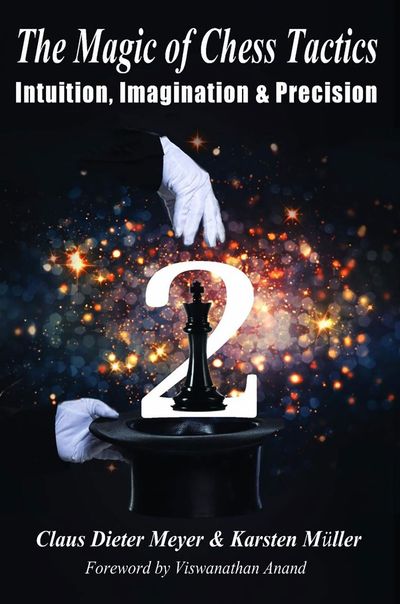 The Magic of Chess Tactics Vol. 2

When released in 2002, the first volume of The Magic of Chess Tactics by FIDE Master Claus Dieter Meyer and German Grandmaster Karsten Müller was extremely popular. It was one of the first books to deal with tactics on high level. Like the first book, intended for advanced (Elo 1800+) players, this second volume puts special tactical motifs and themes under the analytical microscope.

Complicated tactics – the kind that separate tournament winners from the pack – require intuition, imagination and precision. The focus in this book is on attacking techniques and transformations. The contents include: Attacking with the Queen and Knight; The Knight on the Attack; Attacking with Bishops of Opposite Colors; Pins; Learn from the World Champions; and Exchanges & Transformations. The reader will find the analysis comprehensive and challenging.

Dozens of exercises help reinforce the reader’s understanding of this complex subject matter. So, roll up your sleeves and prepare to ride herd on tactical fireworks and sharpen your tactical skills.