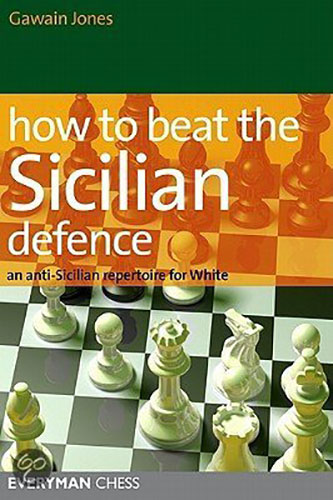 How to beat The Sicilian Defence

SKU:
€25.00
€25.00
Niet beschikbaar
per artikel
Aan winkelwagen toevoegen
The Sicilian Defence is by far the most popular chess opening. If you play 1 e4 as White, on average you are likely to meet the Sicilian in virtually every other game! You need to be prepared to face the Sicilian at all times, and a ready-to-use repertoire against it is an indispensible weapon.

In this book, Gawain Jones confronts the challenge of meeting the Sicilian head on. He builds an Anti-Sicilian repertoire for White, which is based on lines that are successfully employed at grandmaster level. These are sound, reliable options for White, but don't be fooled - they also contain more than a drop of poison. Variations covered include the popular King's Indian Attack, various Bb5 systems and weapons against Black's offbeat tries.