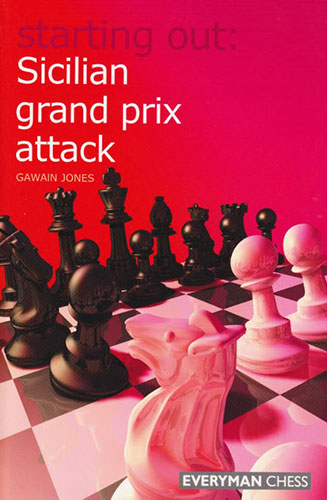 Starting Out: Sicilian Grand Prix Attack (out of print)

SKU:
€21.00
€21.00
Unavailable
per item
Sold Out
Add to Cart
The Grand Prix Attack is one of White's most aggressive ways of fighting the Sicilian. It leads to a sharp, complex battle from the very beginning, and White's play is characterized by its lightning attacks against the black king. The opening became a powerful weapon to use in the cut and thrust of weekend tournament chess, where victory is everything and draws are not enough. It steadily became more popular and even gained the seal of approval from some of the world's elite such as the UK's top two Grandmasters, Nigel Short and Michael Adams, who have both utilized it with success. In this book Gawain Jones, a Grand Prix Attack expert, studies this opening in a clear-cut and enjoyable way, introducing the key moves and ideas, and taking care to explain the reasoning behind them - something that has often been neglected or taken for granted.

Everyman Chess's Starting Out series has firmly established itself as the leading guide to studying openings for up-and-coming players. These books are distinguished by their easy-to-read layout, the lucid explanations of the fundamentals, and the abundance of notes, tips and warnings to help the reader absorb vital ideas. Starting Out opening books are ideal for enthusiastic chess players who have little experience of the openings in question and who wish to appreciate the essential principles behind them.