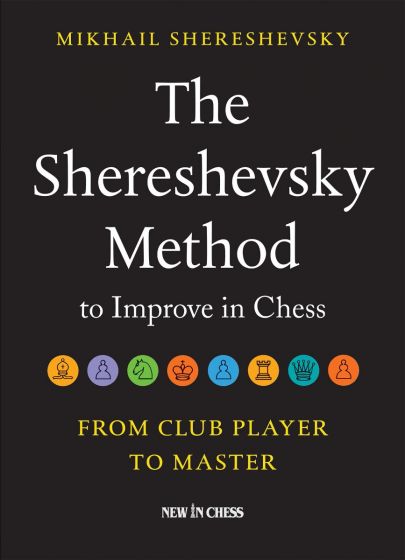 SKU:
€27.95
€27.95
Niet beschikbaar
per artikel
Aan winkelwagen toevoegen
Two instructional classics condensed into one practical volume
In 2014 the Russian Chess Federation started a wide-ranging programme aimed at the revival of chess in Russia. One of the first actions that were taken was commissioning legendary Belarusian chess coach Mikhail Shereshevsky to recapitulate and condense his famous training methods.
In doing so Shereshevsky has created a totally reworked compendium of his acclaimed classics Endgame Strategy and The Soviet Chess Conveyor , with many new examples, exercises and discussions of various training methods. Furthermore, he has added a new and highly effective approach on how to calculate variations.
Club players all over the world who wish to improve their game now have access to Shereshevsky’s famous training programme in one volume and can learn:
​ The Shereshevsky Method offers a unique opportunity to improve your game with one of the supreme examples of Russian chess training excellence. Studying this manual will enrich your understanding of chess enormously and help your progress on the way to chess mastery.
​
Mikhail Shereshevsky (1950) was one of the leading chess trainers in the former Soviet Union. Many of his pupils became Masters, or even Soviet, European or World Junior Champions.