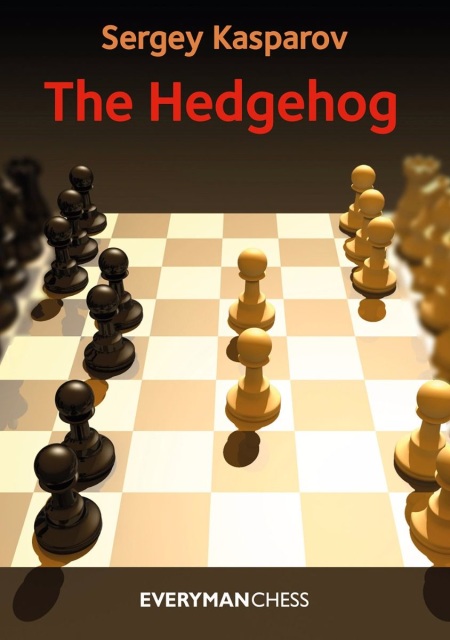 SKU:
€22.95
€22.95
Niet beschikbaar
per artikel
Aan winkelwagen toevoegen
​An understanding of Hedgehog structures is an essential component in any chessplayer’s knowledge. These structures arise when the black c-pawn is exchanged early on for the white d-pawn (as in the Sicilian Defence). White then adopts a formation with pawns on c4 and e4 and Black curls up in a Hedgehog formation with pawns on a6, b6, d6 and e6.
These structures are important as they can arise from an extraordinary variety of openings including the Sicilian Defence, the English Opening and the Queen’s Indian Defence. Play is usually highly intricate with White hoping to exploit the natural space advantage while Black remains solid and looks to break out of his or her carapace with the classical thrusts ...b7-b5 and ...d7-d5.
​

Sergey Kasparov was born in 1968 in the city of Baku. Since the age of seven, he has been engaged in chess section in the Palace of Pioneers – the same place where namesake and world champion Garry Kasparov was also taught. He has taken first place in numerous international tournaments and acquired the grandmaster title in 2007. He is now a leading on-line chess coach.