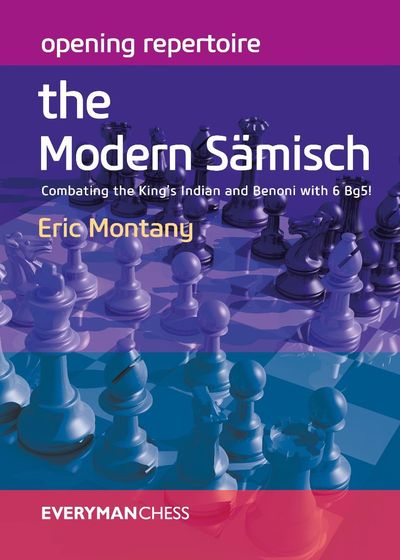 SKU:
€24.00
€24.00
Niet beschikbaar
per artikel
Aan winkelwagen toevoegen
The Sämisch variation is a powerful method to counter the popular King’s Indian Defence. The key move is the advance f2-f3, consolidating White’s central space advantage and limiting Black’s options for counterplay. In the traditional Sämisch White develops the queen’s bishop on e3 but in the modern version, as explored in this book, the move Bg5 is preferred. This creates further problems for Black as the natural King’s Indian counter ... e7-e5 allows White a potentially strong pin against the f6-knight, while chasing the bishop with ... h6 and ... g5 creates kingside weaknesses.
​ Eric Montany is a USCF National Master and has twice been the state champion of Colorado. He has worked with a number of highly successful junior players.