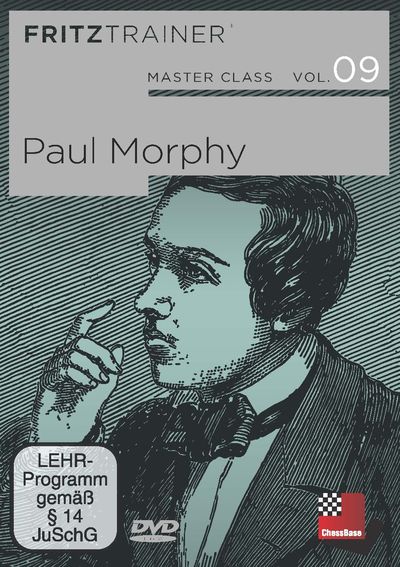 SKU:
€29.90
€29.90
Niet beschikbaar
per artikel
Aan winkelwagen toevoegen
Learn about one of the greatest geniuses in the history of chess! Paul Morphy’s career (1837-1884) lasted only a few years and yet he managed to defeat the best chess players of his time. After his triumphal journey to Europe in the years1858/1859 the American was hailed as the unofficial world champion. But how was it possible for Morphy to outplay his experienced opponents with such ease? What were his particular strengths? Our team of experts gets to the bottom of the “Morphy myth” and in about 5 hours of video running time they cast light on the most important facets of his ability. One focal point in this is Oliver Reeh’s “Tactics column”: you are invited in 20 interactive training videos to look into Morphy’s legendary combinatory skill over the board. But don’t worry, the International Master from Hamburg helps you find the solutions with tips and video feedback on your moves and ideas! In addition Jonas Lampert describes for you Morphy’s
opening repertoire and explains the concepts which underpin the course of the game. Grandmaster Mihail Marin has examined the American’s strategic play and comes to a surprising conclusion: in no way does his positional understanding lag behind his tactical ability! And last but not least endgame expert Karsten Müller works out the strengths and weaknesses in Morphy’s endgame technique. On the DVD you will find all the games of the genius from New Orleans as well as a detailed biography by Thomas Eichhorn.