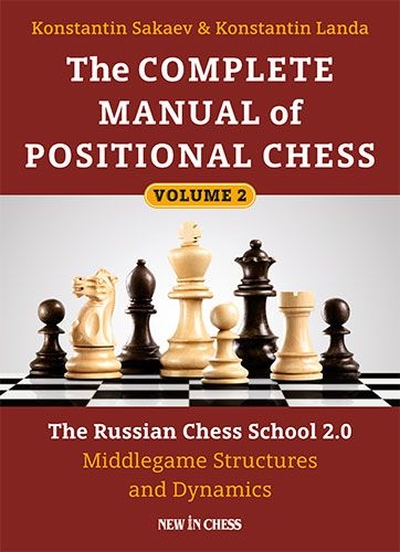 SKU:
€27.95
€27.95
Niet beschikbaar
per artikel
Aan winkelwagen toevoegen
Russia boasts a long and rich tradition in chess education, and Russian chess teachers and trainers are simply the best in the world.

The Complete Manual of Positional Chess , probably the most thorough grounding in the history of teaching chess, was recently created for chess teachers at the DYSS, the special sports school for young talents in Russia.
Konstantin Sakaev and Konstantin Landa present a complete set of instructions and tips for trainers and self-improvers. You will learn not only how to enhance your fundamental knowledge and technical skills, but also how to work on your physical and psychological conditioning.

You are handed basic and advanced tools to improve in a wide array of areas: Konstantin Sakaev is a Grandmaster and a former Russian Champion. He won Olympiad gold in 1998 and 2000 with the Russian team and has assisted World Champion Vladimir Kramnik as his second. Konstantin Landa is a Russian Grandmaster and a FIDE Senior Trainer.