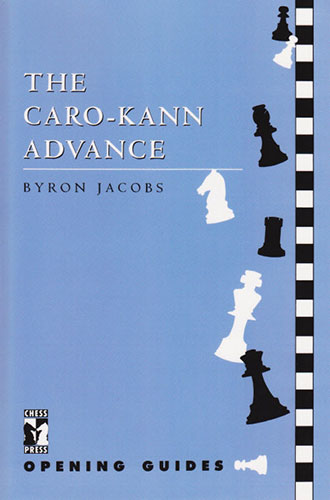 SKU:
€19.00
€19.00
Niet beschikbaar
per artikel
Aan winkelwagen toevoegen
The Advance variation of the Caro-Kann (1 e4 c6 d4 d5 3 e5) is a highly aggressive method of countering one of Black's most solid defences. White immediately seizes ground in the centre and lays the basis of a middlegame attack. Over the past few years Alexei Shirov, Nigel Short, Veselin Topalov and Gata Kamsky have made major contributions to update the theory of this varia­tion and their example has inspired thousands of club and tournament players to adopt it into their own repertoires.

In this book International Master Byron Jacobs explains the strategy and tactics of this highly fashionable variation. Through the use of model games for both sides, the author provides a thorough grounding in the key ideas, so that read­ers can quickly and confidently start to use the Advance Caro-Kann in their own games.