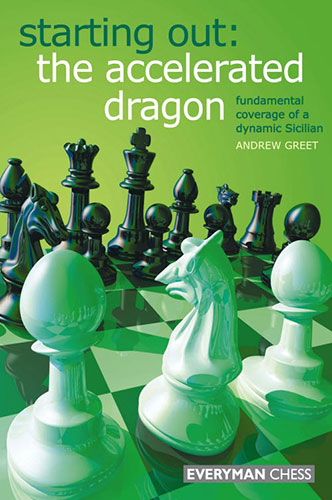 Starting Out: The Accelerated Dragon

SKU:
€20.00
€20.00
Niet beschikbaar
per artikel
Aan winkelwagen toevoegen
The Accelerated Dragon is a dynamic choice for Black and arguably the most natural way to play the Sicilian Defence: Black develops rapidly and chooses the most active squares to place his or her pieces. Unknowing white players looking for a direct attack similar to the one used against traditional Dragon are shocked by Black's increased options due to the flexible move order. Instead, White sometimes employs a more positional approach incorporating the famous Maroczy Bind, when the battle centres on White's impressive pawn structure against Black's lively pieces and the ability to create a pawn break. The Accelerated Dragon was brought to prominence by the Danish chess legend Bent Larsen, while in more recent years its advocates have included World Championship Candidate Sergey Tiviakov.

This book is a further addition to Everyman's best-selling Starting Out series, which has been acclaimed for its original approach to tackling chess openings. International Master Andrew Greet, an Accelerated Dragon expert, revisits the basics of the opening, elaborating on the crucial early moves and ideas for both sides in a way that is often neglected in other texts. The reader is helped throughout with a plethora of notes, tips and warnings highlighting the vital characteristics of the Accelerated Dragon and of opening play in general. Starting Out: The Accelerated Dragon is a perfect guide for improving players and those new to this opening.