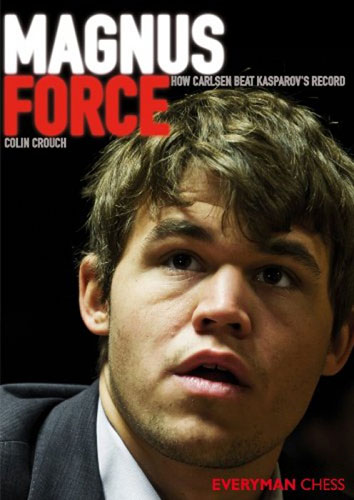 SKU:
€20.00
€20.00
Unavailable
per item
Add to Cart
In December 2012 Magnus Carlsen won the prestigious London Chess Classic and in doing so he became the highest-rated chess player in the history of the game, beating Garry Kasparov's 13-year-old record. Carlsen followed up this performance with another phenomenal tournament win at Wijk aan Zee, pushing his peak rating to an astronomical 2872. He didn’t lose a single game in either tournament.

What is Carlsen's secret? How did an already world-class player succeed in reaching this unprecedented level where he was regularly beating the world's strongest grandmasters? In this book, International Master Colin Crouch provides answers to these questions. Crouch studies Carlsen's progress in recent years and demonstrates how he learned lessons from previous setbacks, turned weaknesses into strengths, losses into draws, and draws into wins. By doing so Carlsen was able to elevate his play to a stratospheric level, but any aspiring chess player can use similar methods to improve their game.