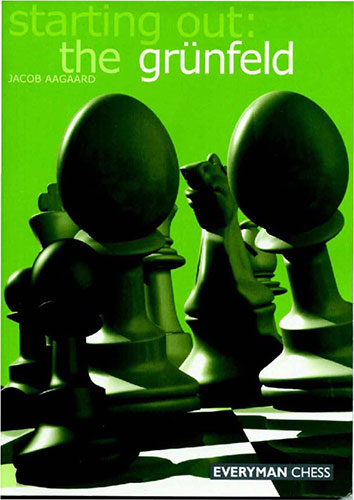 Starting Out: The Grünfeld

SKU:
€18.00
€18.00
Niet beschikbaar
per artikel
1 beschikbaar
Aan winkelwagen toevoegen
The Grunfeld is an exciting and dynamic answer to 1 d4, and has become very popular at all levels of chess. A major reason for this is that it has been a long-time favourite of the World's strongest-ever chess player, Garry Kasparov, who used it many times in his numerous World Championship battles. The Grunfeld very much relies on the principles of the hypermodern school of chess: Black allows White to erect an impressive-looking centre on the assumption that in the long run it could prove to be more of a liability than an asset. Play often becomes very complex and tactical, one of the reasons the Grunfeld appeals to ambitious players.

Despite its attractions, some prospective Grunfeld players are discouraged by the necessity of needing to learn numerous different variations in such a complex opening. In Play the Grunfeld, however, opening expert Yelena Dembo circumvents this problem by producing a comprehensive and yet workable repertoire for Black, offering a solution against each of White's tries, whether it's a critical main line or a tricky sideline. After reading this book, you will have the required knowledge and confidence to begin playing the Grunfeld in your own games.