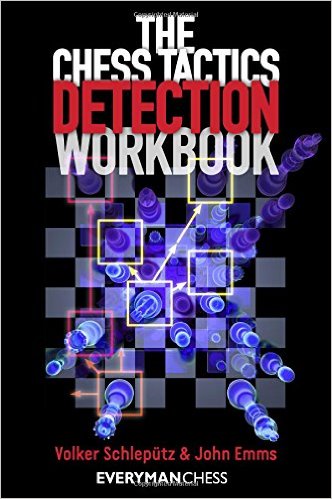 SKU:
€20.00
€10.00
€10.00
Niet beschikbaar
per artikel
Aan winkelwagen toevoegen
Experts agree that regularly solving tactical exercises is a vital component of chess training. However, it's also widely acknowledged that there is one drawback of traditional chess puzzles - students know for sure that there is a genuine tactic in the position waiting to be found, whereas during a real game there is no such guarantee!

In this workbook, Volker Schlepütz and Grandmaster John Emms offer a unique framework to practise chess tactics independent of themes, difficulty and - most crucially - even the definite existence of an actual tactic in a given position. Analysing carefully selected games, from beginner through to club and tournament level, the reader assumes the role of a tactics detective, searching for mistakes and missed opportunities by both sides without the help of a chess engine. This training method resembles actual over-the-board play far more realistically than solving traditional puzzles, because on each move you won't know whether or not a tactical possibility really exists - you have to work it out, just as you would in a real game! The thinking processes practised during training can then easily be applied during your games.