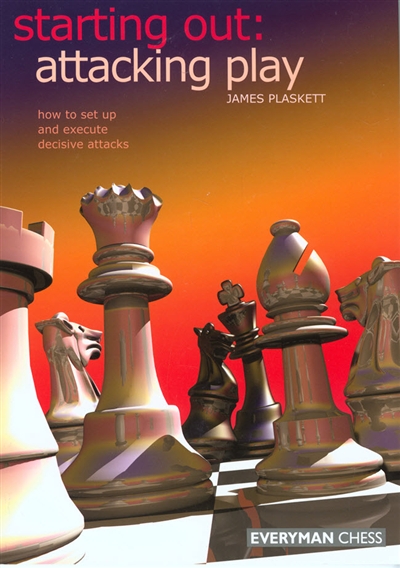 SKU:
€18.00
€18.00
Unavailable
per item
Add to Cart
Attacking the opponent's king is one of the most exhilarating aspects of chess, but also one of the most difficult to master. Everyone loves a good old-fashioned king hunt, especially when it leads to checkmate, but often the pressure is very much on the aggressor - one false move and the attack can often fizzle out into less than nothing, leaving the attacker with an empty shell of a position.

In this instructive and entertaining book, James Plaskett, very much renowned for his attacking prowess over the chessboard, presents the reader with all the necessary skills and belief to launch successful offensives against unwary opponents. Using illustrative games, Plaskett reveals how to convert all types of advantages, such as a lead in development, a better pawn structure or a safer king, into fully blown attacks. Read this book and you will be able to attack with confidence! As is commonplace with the renowned Starting Out series, there are an abundance of notes, tips and warnings throughout the book to help the improving player. Starting Out: Attacking Play is perfect for those who have previously honed their chess skills with the earlier books Starting Out in Chess and Tips for Young Players.