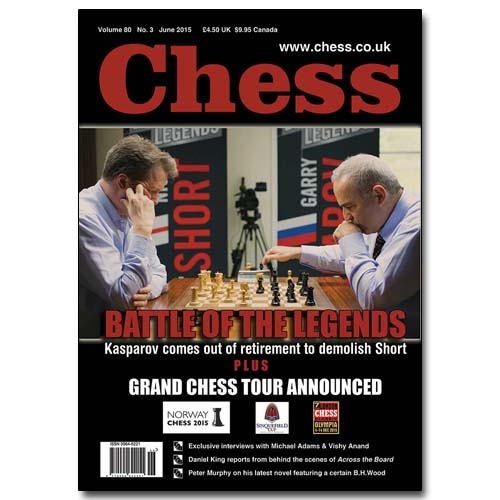 UK's most popular CHESS Magazine - established 1935! All the regular features of the UK's best-selling CHESS magazine plus more! In this issue:
Plus all the regular features such as: How Good is Your Chess?, Saunders on Chess, Find the Winning Moves, Never Mind the Grandmasters, Studies, Home & Overseas News, Calendar and Book Reviews.