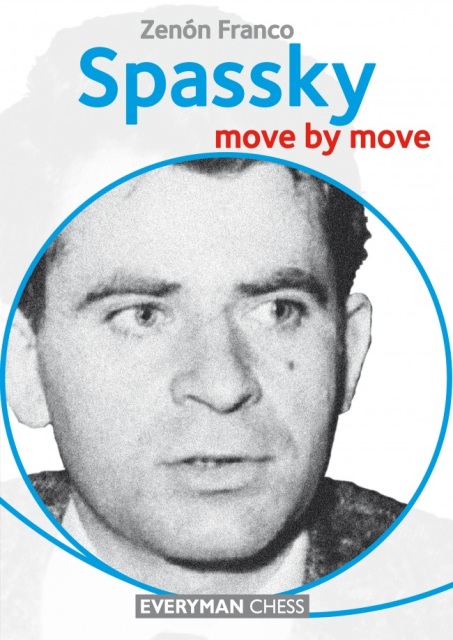 SKU:
€26.95
€26.95
Niet beschikbaar
per artikel
Aan winkelwagen toevoegen
Boris Spassky is one of the greatest chess players in the history of the game. He was the World Champion for three years, after winning the title by beating Tigran Petrosian. His name is forever linked with his great rival Bobby Fischer and their epic 1972 ‘Match of the Century’, which did so much to popularize the game throughout the world. Over the board, Spassky is renowned for his universal style, as he was equally skilled in all phases on the game. In Spassky’s best games his pieces seemed to combine together in perfect harmony, and he produced a number of memorable masterpieces. In this book, Grandmaster Zenón Franco examines in detail Spassky’s chess style, selects and studies his favourite Spassky games, and demonstrates how we can all improve our chess by learning from Spassky’s play.
Move by Move provides an ideal platform to study chess. By continually challenging the reader to answer probing questions throughout the book, the Move by Move format greatly encourages the learning and practising of vital skills just as much as the traditional assimilation of knowledge. Carefully selected questions and answers are designed to keep you actively involved and allow you to monitor your progress as you learn. This is an excellent way to improve your chess skills and knowledge.
​Zenón Franco is a Grandmaster from Paraguay, now living in Spain. He represented Paraguay, on top board, in seven Chess Olympiads, and won individual gold medals at Lucerne 1982 and Novi Sad 1990. He’s an experienced trainer and has written numerous books on chess.