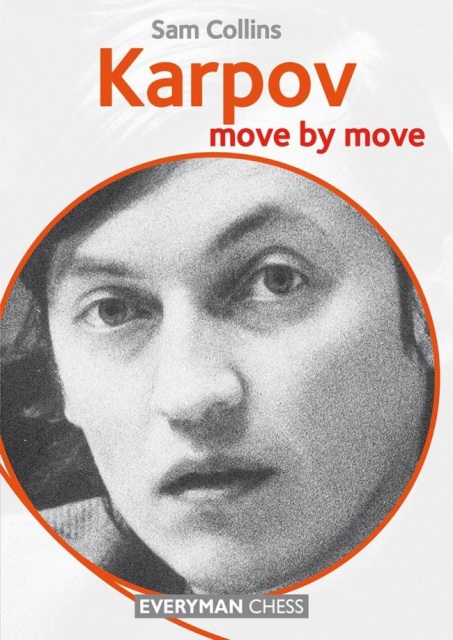 SKU:
€25.00
€25.00
Niet beschikbaar
per artikel
Aan winkelwagen toevoegen
Anatoly Karpov is considered to be one of the greatest chess players of all time. He was the undisputed World Champion from 1975 to 1985, and also FIDE World Champion from 1993 to 1999. He was ranked the World’s number one player for 90 months - second only to his greatest rival Garry Kasparov - and he won well over a hundred elite tournaments. Karpov possesses a deep strategic understanding of the game and a fabulous intuitive feel for positions. His boa-constrictor style left many opponents wondering where exactly they went wrong. In this book, International Master Sam Collins selects and examines his favourite Karpov games, and shows us how we can all learn and improve our chess by studying Karpov’s masterpieces.

Move by Move provides an ideal platform to study chess. By continually challenging the reader to answer probing questions throughout the book, the Move by Move format greatly encourages the learning and practising of vital skills just as much as the traditional assimilation of knowledge. Carefully selected questions and answers are designed to keep you actively involved and allow you to monitor your progress as you learn. This is an excellent way to improve your chess skills and knowledge.