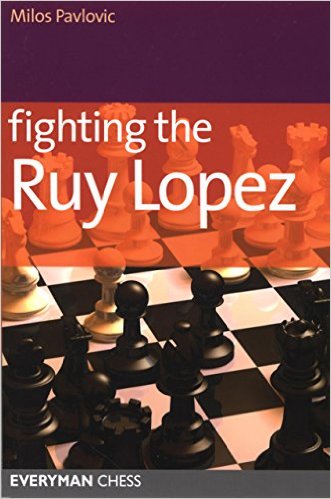 SKU:
€20.00
€20.00
Unavailable
per item
Sold Out
Add to Cart
The Ruy Lopez is a hugely popular opening, and anyone who plays 1 e4 e5 as Black needs to have a reliable answer ready. This book provides a solution.

Drawing upon his years of experience facing the Lopez, Grandmaster Milos Pavlovic devises a sound yet ambitious repertoire for Black based on the legendary Marshall Attack. The Marshall is a perfect counter-attacking weapon, as it avoids passive positions and the so-called 'Spanish torture'. Furthermore, Black's tactical and positional goals are usually clear-cut and often involve a direct attack against White's king. The effectiveness of the Marshall is clear if you consider that the last two world champions have both suffered crushing defeats on the white side (Kramnik vs Leko, Brissago 2004; Anand vs Aronian, Morelia 2008) whilst Garry Kasparov always avoided it with White.

005 Preface
007 Introduction: The Ideas Behind the Marshall Attack