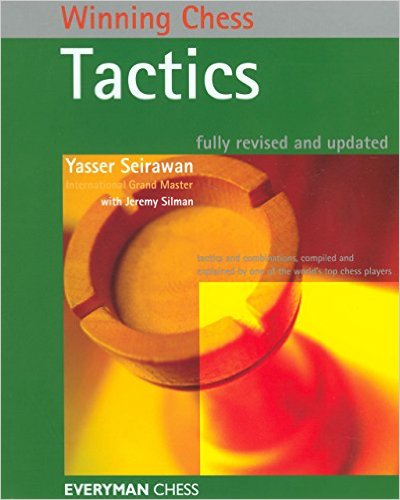 SKU:
€20.00
€20.00
Niet beschikbaar
per artikel
Uitverkocht
Aan winkelwagen toevoegen
Attack? Defend? Swap pieces? Tactics are the watchdogs of strategy that take advantage of short-term opportunities to trap or ambush your opponent and quite possibly change the course of a game in a single move. Why play in a fog, only hoping that your opponent will blunder, when International Grandmaster Yasser Seirawan can show you how to put the tactics of the world's chess legends to work for you. Choose from the double attack, the pin, the skewer, deflection, the decoy, x-rays, windmills, and many more timetested tactics.

Using classic board situations arranged in chapters by tactical themes, Seirawan teaches you how to:


Yasser Seirawan is one of the top-ranked chess players in the U.S.A. and was the first American candidate for the World championship title since Bobby Fischer. He is a three-time U.S. Champion, the 1989 Western Hemisphere Champion, and a six-time member of the U.S. Chess Olympiad team. His achievements distinguish him as one of a handful of players to defeat world champions Garry Kasparov and Anatoly Karpov in tournament play.