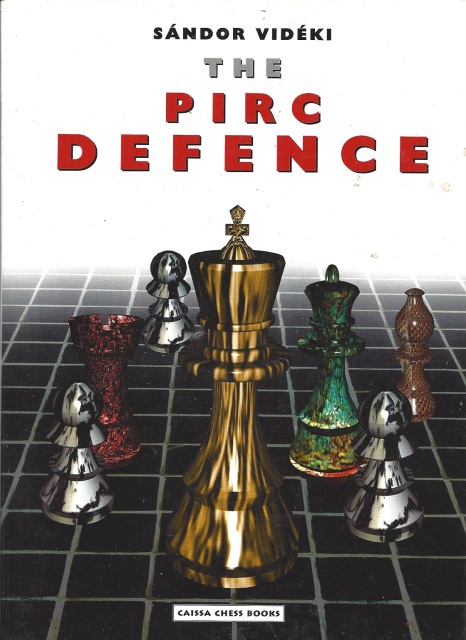 SKU:
€20.80
€20.80
Niet beschikbaar
per artikel
Aan winkelwagen toevoegen
This book tries to help the Reader to get to know the Pirc Defence, both with black and white pieces. Who adopt it generally? To whom can it be recommended? To players whose main object is not only to equa­lize with Black, what's more, they would like to avoid such an intention on White's part. To those who are fond of matterful, complicated posi­tions, and with this end in view they are even willing to make "sacrifi­ces" such as abandoning the centre to White and undertaking spatial disadvantage. Black undertakes these "disadvantages" not for good, and also not without an equivalent. At the first given chance he launches an attack against the centre, firstly against the d4 square, with the guidance of the bishop developed to g7, but he does not renounce the attack of the e4 square either, forming his plans depending on how White develops. In the first place, this opening calls for strategical plans and knowledge. It has, of course, such variations, too, where concrete calculation and exact theoretical knowledge are decisive.

At the "top", i.e. in round-robin tournaments of the best, the Pirc is comparatively rarely seen. There a draw is usually not a tragedy with Black, nor is it to be feared so much that White's main aim is to secure only the half point. At great open tournaments, in competitions for ama­teurs, this opening is one of the most popular weapons. It is not only those playing Pirc as Black who need to deal with it, but with White, too, you have to thoroughly prepare against it. This opening is also many tunes employed when there is a great difference in knowledge hi favour of Black, and it is obvious that this fact deforms statistics a bit to the benefit of Black.

In understanding and learning an opening, it is of a considerable help if you have an ideal whose games you study, and observe how he handles the problems of the middle-game. Without intending to be exhaustive, here are some very strong players who, with more or less regularity, play the Pirc even in our days: Khalifman, Ponomariov, Beliavsky, Azmaiparashvili, Kasimdzhanov, Svidler, Smirin, Nikolic, Chemin, Marin.

The book also offers variations to the Reader, and gives evaluations about the various lines and plans. Still, I deem it important to stress that it is more essential than evaluations to ascertain whether the middle-game positions arising befit the own, individual style of the Reader.

A book on openings can never be completely up-to-date and faultless. This is particularly true hi the event of such an opening as the Pirc, in which new games appear as often as weekly. I ask you to send me in e-mail your comments on the book about the accidental errors you might find in it, or about your own ideas. And to those showing an interest I would like to make the offer that about a year after the publication of the book I shall send them a short material without a commentary, contai­ning the correction of the occurring errors as well as the more significant novelties.

I wish you success and nice games in this modern opening!