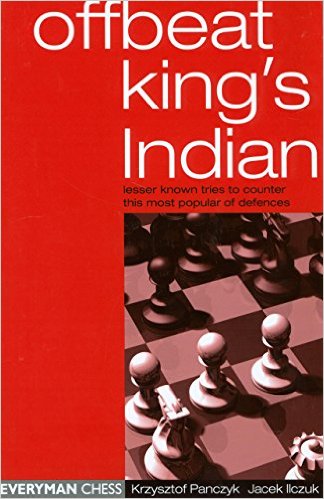 SKU:
€20.00
€20.00
€20.00
Niet beschikbaar
per artikel
Aan winkelwagen toevoegen
The King's Indian is one of the most exciting and complex defences that Black can employ against the queen's pawn opening. The main lines of the King's Indian are very sharp and tactical but they are also incredibly theoretical in nature - it can be a full time job simply keeping up with the latest developments and fashion. So it is unsurprising that many playing White choose to look elsewhere for something to counter this popular opening. In Offbeat King's Indiandistinguished openings expert Krzysztof Panczyk studies unusual and less theoretical systems for White, ones that are tricky and are likely to throw the King's Indian player off his or her stride early on in the game. Variations investigated include lines with an early Bd3, ones with Nge2, and ones involving a swift Bg5. By studying this book, White players can arm themselves with a whole new weaponry of lines against the King's Indian, while those playing Black can look closely for the recommended antidotes!


Krzysztof Panczyk is an International Master from Poland. This is his second book for Everyman, having co-authoredArchangel and New Archangel with John Emms.

Jacek llczuk is a noted theoretician, as well as being a powerful correspondence player. He was recently a semi-finalist in the e-mail World Championship.