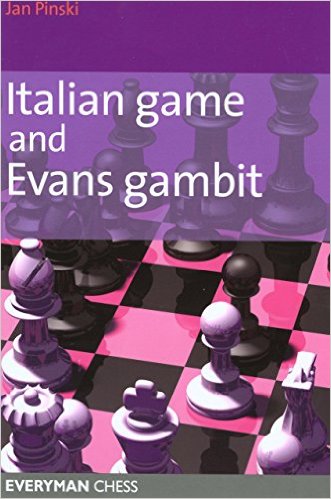 SKU:
€21.00
€21.00
Niet beschikbaar
per artikel
Aan winkelwagen toevoegen
The Italian Came (sometimes referred to as the Giuoco Piano) is one of the oldest openings around, and also one of the first lines a player learns when he or she is introduced to chess. It leads to play that is easy to understand: both sides develop their pieces logically and begin attacks on the opposing kings. The Italian Game gives both White and Black the opportunity to play either aggressively and in gambit fashion, or in a restrained and positional manner. One of White's most exciting and attacking options is the legendary Evans Gambit, which has been brought back into the limelight in this modern-era by such uncompromising players as World number one Garry Kasparov, Alexander Morozevich and England's Nigel Short.

Part Three: Other Lines
140 10 The Hungarian Defence and Other Sidelines
159 Index of Complete Games