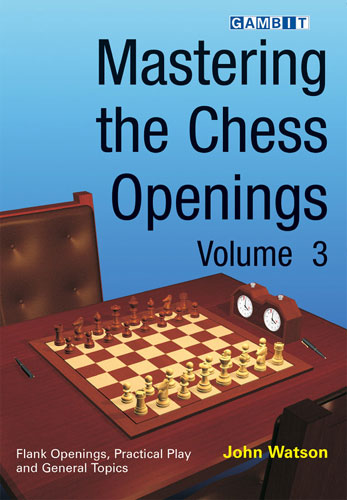 SKU:
€24.00
€24.00
Unavailable
per item
Add to Cart
This is the third volume of a series which I originally intended to limit to two. Volume 1 examined the move 1 e4 and openings that derive from it. Volume 2 moved on to 1 d4 openings. Predictably, many readers and players were disappointed at the lack of coverage of the move 1 c4, otherwise known as the English Opening. 1 c4 is not only the logical partner to 1 e4 and 1 d4, but in itself a wonderful grounds for the study of positional ideas that encompass the entire range of chess practice. It can be very useful as a complement to openings arising from 1 d4 and 1 Nf3, since we find many overlapping themes; furthermore, transpositions from and to the English Opening abound af­ter these moves. Given all these considerations, this new volume seemed a good idea. Fortunately, I have an extensive history of writing about 1 c4, beginning with a set of four volumes in 1980 and continuing intermittently through my recent English Opening column for ChessPublishing.com.

As in previous volumes, I shall work from the ground up, starting with very elementary choices on the first couple of moves, including ones that you will seldom or perhaps never see, in order to explain the elementary properties of the English Opening. For a primer or refresher on the first principles of opening play in general, see Chapter 1 of Volume 1. The next two chapters of that vol­ume may also be useful, since they identify the ideas and themes most often referred to in the book as a whole. This investigation of fundamentals is hardly the whole story, however. By the time that I get deeply into a given chapter, the complexity of my presentation increases and there will be material that should be sophisticated enough to appeal to players of all levels. Even in those sections, I have tried to talk about variations and typical positions on a very broad and basic level before plunging into details.

Throughout the series I have tried to emphasize the variations which contain universal ideas and structures. Nevertheless, given the fact that fewer games are played with 1 c4 than 1 e4 or 1 d4, I have had the luxury of covering nearly all of its variations, as well as contributing much more up-to-date material and original analysis than in the previous two volumes. I hope that the latter proves useful on a practical level, as well as providing assistance with building a repertoire. Fortunately, although one should never pretend that a certain amount of memorization isn't essential to master any opening, the material in this book lends itself to a broader conceptual approach, and I have in­creased the role of verbal explanation accordingly. Taken as a whole, English Opening variations depend less upon tactical details than their king's and queen's pawn counterparts.

I beg the reader's pardon for the dull repetition of assessments such as 'with equality', 'Black stands slightly better', and so forth. These inexact and ambiguous phrases are sadly necessary when presenting opening material with its necessarily truncated lines. There is nothing worse than consistently leaving the reader hanging with no conclusion, and yet it would only confuse matters to use a set of invented phrases to express finer distinctions. My compromise has been to provide verbal and/or analytical justifications whenever a position is significant enough to merit it, or when the assessment might be puzzling on the face of it. Regardless, you will have to put some effort into understanding the assessments and, hopefully, disagree with the inevitable set of mistaken ones. In that regard, almost all complex unattributed notes are my own. Incidentally, one convenient way to study this book is to find the main games in a large database. Then you can follow them in ChessBase (or a similar program) as you read.

Having come this far, there's no getting around a Volume 4. Some of it will be devoted to a se­lection of the remaining chess openings; for example, the Réti Opening (1 Nf3), various systems involving fianchettoes and f-pawn moves, as well as some gambits and so-called 'irregular open­ings'. A large portion of Volume 4, however, will be given to special topics such as choosing openings, preparing openings, how to study openings, and broader discussions of practical issues facing the everyday player.

My objective with this work is to provide instruction and analysis ranging from that appropriate for a low-rated developing player with, say, one or two years' experience, to a long-time player who is familiar with a good deal of theory. That is an ambitious goal, to be sure, and whether this volume fulfils it is a matter I leave for you to judge.